What are these winged bugs? Is there a “Flying Ants Day” in Australia? Why does it happen and how can you deal with it? In this article, we will be discussing flying ants – what they are, whether they are a cause for alarm, and how to prevent infestations.

Seeing a swarm of flying ants outside – hundreds of thousands of them – is the stuff of nightmares. But rest your fears as some of these insects may be flying ants, especially if you see them during the summer months.

To Australians, flying ants are an annual occurrence. But for those who only see ants crawling on the ground, it might be a little shocking to see ants with wings flying around.

These insects can even be more intimidating when they swarm during their mating period, assembling at particular areas in a behaviour called “hilltopping.”

Here are the important things you need to know about flying ants to help you deal with them when summer comes around.

What Are Flying Ants?

Flying ants are not some mutated version of normal ants. There is a scientific explanation for their existence. Flying ants, or alates, are basically ants that are ready to reproduce.

They are the “reproductives” of the colony, birthed by the “Queen” and nourished by the “Workers.” They stay inside the colony while still in their immature stage and leave it when they sexually mature.

“Mating” is the one role that mature male and female flying ants have to perform when they fly out of their colonies. This flight is referred to as “nuptial flight” or “dispersal.” They assemble together in a swarm in order to keep predators away, which is why flying ants are also commonly referred to as “swarmers.”

However, you need to take a closer look since those winged insects that look like flying ants could be flying termites, and vice versa. It is common to mistake one for the other, especially from afar.

How are flying ants different from flying termites? Are those flying insects in your property ants or termites? Here are some basic characteristics that will help you tell the difference between the two. 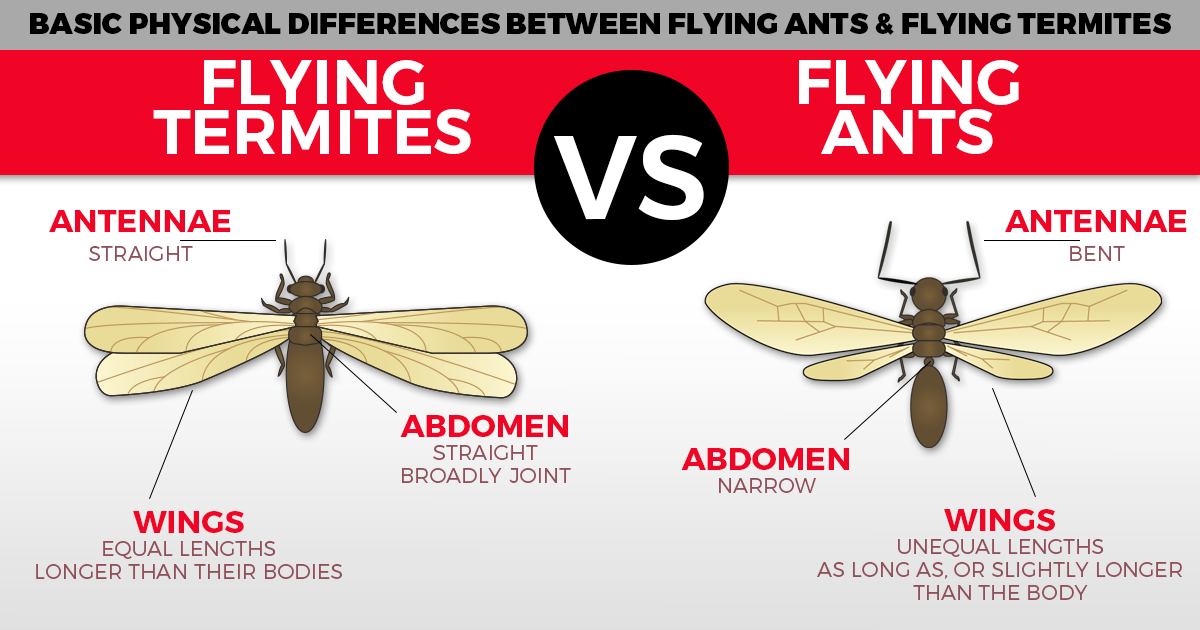 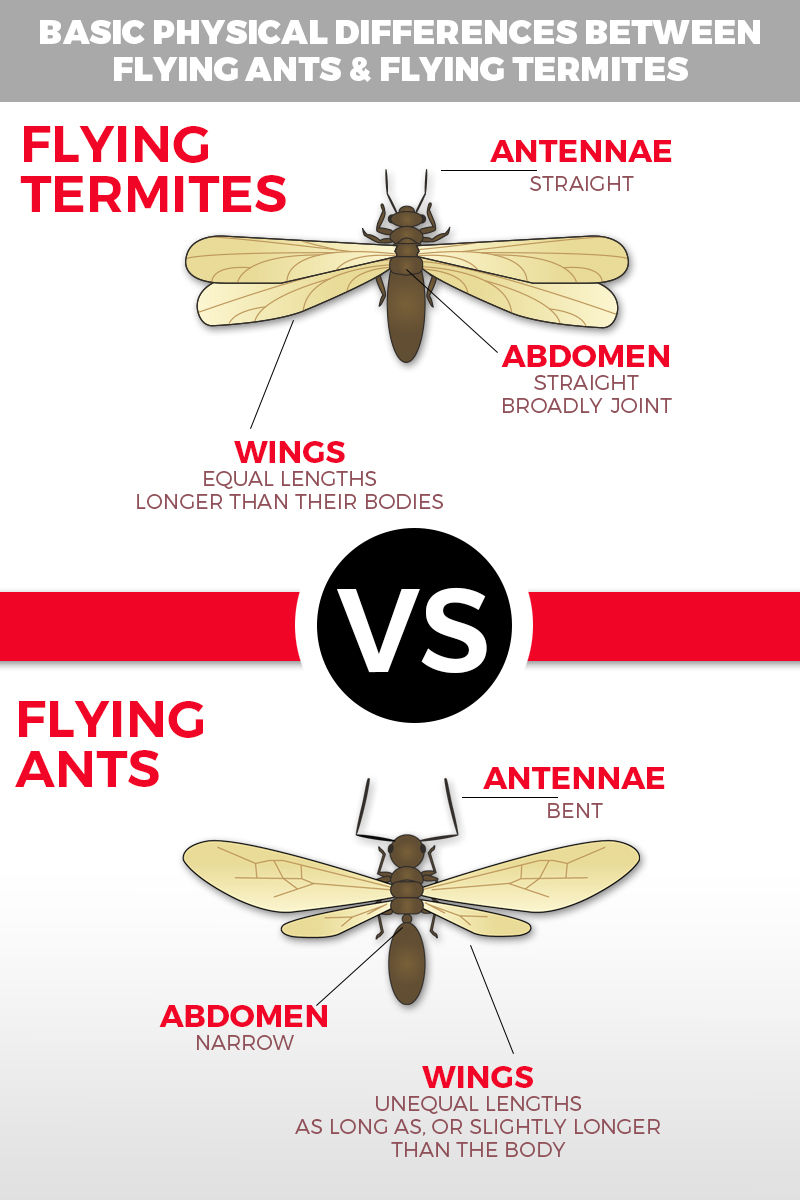 Not sure what you’re dealing with? Identify swarms with a pest inspection.

When Is Flying Ants Day?

Flying ant day occurs when there is a period of warm weather, a summer downpour, and when it stops, winged creatures suddenly emerge from the ground.

However, recent study shows that the swarm of flying ants doesn’t happen in one day. Winged ants emerge over several weeks, though there are typically several large peaks. This had already occurred in 2016, with several synchronised events in early August.

Swarming can be triggered by temperature and usually happens following a summer rain. We see multiple swarms at the same time each year because specific conditions must be present for the winged ants to know that it is time to fly out of their home.

These conditions include bright sunlight, weak winds, high humidity and warm temperatures, after three to five days of rain, if possible. These conditions usually exist in late spring or early summer. This is the period when ants with wings are seen.

Though seeing a swarm of flying pests can be intimidating, remember that they only have one thing in mind – mating. Flying ants don’t pose any greater danger than the average crawling ants.

It’s not likely for flying ants to bite or sting you while they in the air. Just don’t run straight into a mating swarm and you should be fine. However, take care when they are crawling, just as you would an ordinary ant.

A swarm is massive to ensure breeding between male and female flying ants is successful, and accordingly the establishment of a new colony. A huge number of ants in a swarm will die within a day because of birds that prey on them for food.

Shortly after mating, the males die after fulfilling their function. The fertilised female flies around looking for a suitable site to build a new colony. Each species of flying ants chooses a different nest – some pick decaying wood and others choose the cracks on the sidewalk.

This means that flying ants may invade your personal space while searching for a new nest location. If you see a swarm of winged ants inside your home, this probably means there is a colony in your wall voids, or somewhere around your property.

How to Get Rid of Flying Ants

After determining that you are indeed dealing with flying ants, there are some effective ways to get rid of flying ants by yourself.

If you’re unable to get rid of flying pets with DIY solutions, contact professional pest specialists to do the job.

Call us today to request a FREE quote.

How to Prevent the Return of Flying Ants

If you found a swarm, it is not enough to get rid of them. You have to make sure these pests don’t continue to invade your home.

When to Call the Professionals

Flying ants can enter your home or place of business through visible cracks and crevices. Seal them to prevent these pests from invading your space. Also, always keep your doors and windows closed, or install a fly screen so you can open them and let the air in during the hot months.

If you suspect an ant infestation, seek the services of a professional pest control company. Contact Bob Gunn Termite Solutions to help you identify and control your ant problem. 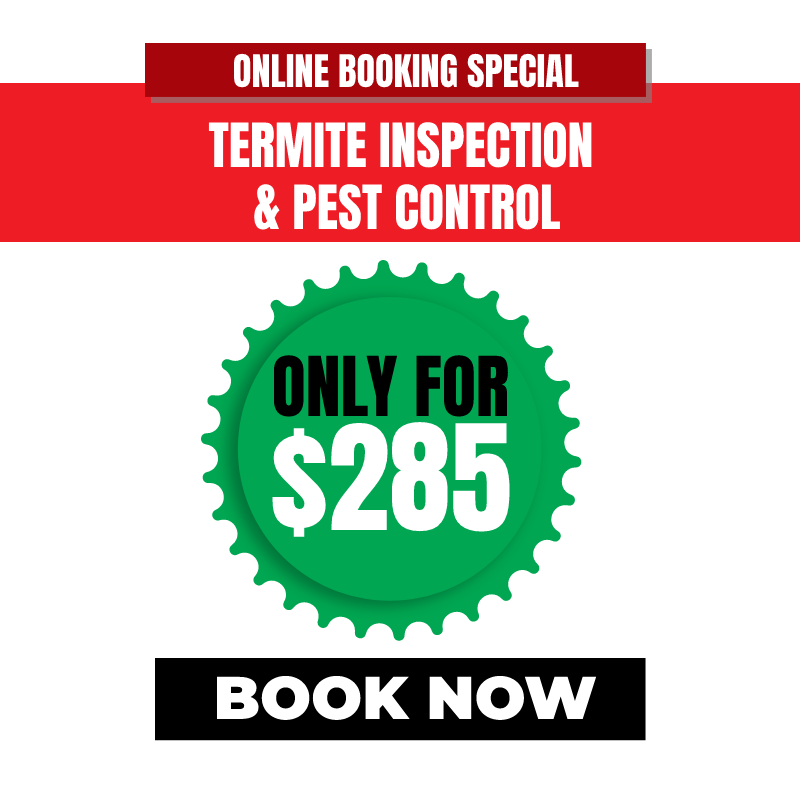 5 Ways to Keep Rats, Mice and Other Rodents Out of Your Car Engine

No thanks, I’m OK for now