Ipswich is a region in south-east Queensland, Australia, which is located in the south-west of the Brisbane area on the Bremer River, it is approximately 40 kilometres west of the Brisbane CBD. The City of Ipswich has a population of 200,000 (projected to grow to around 435,000 by 2031.

The size of Ipswich city is approximately 4.2 square kilometres with 17 parks covering nearly 19.8% of total area. The predominant age group in Ipswich is 40-49 years. In general, people in Ipswich work in a professional occupation. In 2011, 40.6% of the homes in Ipswich were owner-occupied compared with 41.3% in 2016.

Ipswich has a campus of the University of Queensland and a very large RAAF base. It also has plentiful shops, restaurants, schools and two hospitals. A major shopping centre is also located in nearby Springfield.

Caboolture Region is in the top 20% of areas for the fastest growth across Queensland, and Bob Gunn Pest Control is well positioned to provide pre purchase inspection reports in Caboolture and surrounds.

When it comes to pest control in Caboolture, Bob Gunn Termite Solutions has a process in place. We begin with determining your pest problem and identifying its possible causes. Our licensed pest control technicians will then come up with a recommendation that meets environmental requirements and one that will effectively solve your pest situation.

This is the same for residential and commercial properties considering Termite Treatment in Caboolture.

If you are building a new home, renovating or buying a home in Caboolture, you will need to consider what termite prevention solutions are available. Our company offers all types of solutions including physical and chemical barriers as well as reticulation systems.

Caboolture, a town and suburb in Moreton Bay Region, is located on the norther portion of the Caboolture River, which separates it from Morayfield and Caboolture South. A satellite city that is about 44 km from Brisbane, Caboolture is the northernmost urban area of the greater Brisbane metropolitan region within South East Queensland.

Its local economy depends on tourism, retirement and rural service industries, which include mixed farming, timber, cattle and tropical fruit.

White, sandy beaches, amazing mountain views and quaint country villages – Caboolture has them all. It is close to boating and fishing in Moreton Bay, the surf beaches in the Sunshine Coast and the scenic view of the Glasshouse Mountains and Bribie Island. These are all within 30 minutes or less of the town centre.

Housing estates are common, with single-storey brick homes the most prevalent style. There are still a few of the traditional timber and tin architecture standing, but are fast vanishing as the land where they’re standing increases in value.

Brisbane and surrounding suburbs are under constant threat of pest infestation because of the climate, environment and other factors. Caboolture has many residential, commercial and industrial buildings that can be attacked by rodents, termites, bed bugs and other pests.

Also called white ants, termites are closely related to cockroaches. They are very social pests, and a colony can house several million termites. Though they are blind, they work 24/7. Termites live long, with the queen capable of living up to 25 years and the workers up to four years.

The species of termites that cause the most damage to homes are subterranean termites. Another species, the drywood termites, are generally not a threat. Termites have great survival skills but will not survive out in the open. They are attracted to moisture, so they are more likely to invade a house where the soil is always damp. Leaking taps, air conditioning drainage or irrigates garden beds will attract termites. Their food source is cellulose, which are found in trees, logs and plants. This is why timber walls and roof frames are more likely to get eaten by termites.

Did you know that for every cockroach you see, there could a hundred more in hiding?

And did you also know that cockroaches are attracted to toothpaste?

One of the most common pests in homes and buildings, cockroaches can be found in areas where there are plenty of food, water and shelter. They can spoil food, kitchen utensils and furnishings, and are vectors of various diseases like gastroenteritis and dysentery. Their droppings are known to cause asthma.

The common species of cockroaches are German, American, Oriental, Australian and Smokey Brown cockroaches. They shelter in moist areas such as kitchens, bathrooms, BBQs and trash bins.

There’s no doubt that it’s a hassle to deal with rodents in your house. Rats and mice can spoil your food gnaw through your entire house, and spread various diseases. They can infect humans with diseases through their saliva, mites, fleas, feces, or direct contact. Rodents are prolific breeders, so as soon as you see signs of their presence, immediately take steps to prevent an infestation.

Most spiders are non-threatening, but there are those that bite and inject the victims with toxin such as the Redback and the funnel-web. You can probably deal with a spider and two you find in your property. But if you are dealing with several, it’s best to call a licensed pest technician who can identify the spider species and know the best spider control treatment.

Silverfish can survive without food for up to a year.

These pests generally don’t pose a threat to humans, but can be a nuisance around the house. They can spoil food and destroy belongings, particularly clothing and curtains.

Though wingless, they move fast, making them difficult to capture and eradicate. They are especially active at night and hide during the day in cracks and crevices, or among cardboard and paper. You will find them in the clutter around your house, where there are usually paper, fabrics and clothing, which they like to eat.

Silverfish thrives in high humidity because they survive on moisture. Their preferred locations are those that are hardly disturbed including roof voids, wardrobes and stored cartons. Because they are hidden, silverfish infestation often goes undetected for a long time.

If you are building a new home, renovating or buying a home in Caboolture, you will need to consider what termite prevention solutions are available. Our company offers all types of solutions including physical and chemical barriers as well as reticulation systems. You can reach us on

According to the Interim Termite Hazard Map by CSIRO, the Moreton Bay area, where Caboolture is located, is in the high-risk category for termite infestation.

Because Caboolture is close to the sea, the area is a good target by drywood termites, which need high moisture content in the timber they attack.

The West Indian drywood termite, is the world’s most destructive drywood termite. It is the culprit to massive economic damage to timber houses in Queensland, including properties in Caboolture.

Most Common Pests in Caboolture 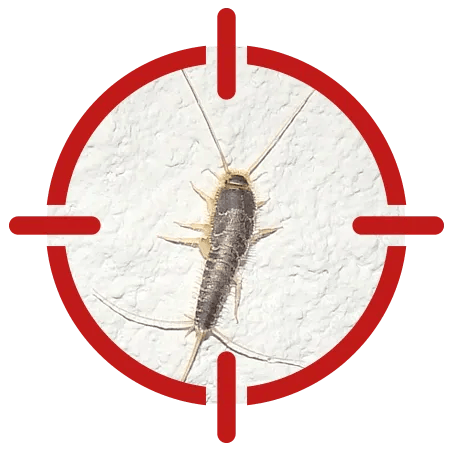