Alberton rural town in the Gold Coast. It is bordered by the Logan River to the north and the Albert River to the west.

It is located about 36 km from the capital Brisbane. Alberton is small, spanning just 16.99 km.

Alberton has no schools. The nearest primarily schools are in Woongoolba and Mount Warren Park and the nearest secondary school is in Beenleigh.

As of 2016, the suburb had a population of 590 people. Though there are residents, the area is mostly sugar cane plantation and prawn farms.

Given the accessibility of water resources and fertile soil, Alberton is a perfect location for farming. However, these environments also attract many types of pests, including mosquitoes, rodents, termites, and more. These are harmful and destructive pests that shouldn’t be ignored.

Cockroaches are as old as earth. They are still here, which is evidenced of their excellent ability to survive any environment.

There are more than 3,000 species, but only a few are considered as pests because of their ability to co-exist with humans. Most species of cockroaches found in Australia are non-native. Some of the common cockroaches here are the American, Australia and German cockroaches.

They are not only pests, but they are dangerous because they carry pathogens that cause various diseases. Those bacteria can transfer to humans via their vomit or faeces that touch our food.

Ants are the smallest and most annoying of all pests. A hoard of ants usually follows the presence of one or two ants in your home.

There are thousands of species of ants in Australia. The most common species in Southeast Queensland are Coastal Brown Ant, Black House Ant, Green Ant and Carpenter Ant. Depending on the species, ants can also be destructive. In the case of the Green Ants, they can deliver a very painful bite.

Ants will enter buildings during hot weather in search look for water. And during the rainy months, ant will search for a place that is dry. Ants will usually be found on the floor, bench tops, ovens, windows, balconies, footpaths, driveways, etc.

They are drawn to different foods, but ants can be categorized into two groups: protein ants and sugar ants. It is important to determine which ant has invaded your property in order to know the appropriate treatment.

In Australia, there are thousands of wasp species. The most common wasps in Southeast Queensland are the Paper Wasps. Their colour is bright yellow and black or reddish brown with yellow and black stripes.

Wasps mainly feed on caterpillars, spiders and other insects. They also love nectar and will hunt for any food left outside.

Their nests are typically found outside in sheltered locations, such as trees or shrubs, retaining walls, or beneath the eaves of a home or patio areas. It is also not unusual to find wasp nests under outdoor dining tables, sofas and chairs.

Wasps are not intrinsically aggressive. They will only attack if provoked or they feel threatened. If you find a nest, don’t attempt to remove it yourself. Wasps will swarm and attack as one because they release a pheromone that warns others in the nest of danger.

There are thousands of spider species in Australia. Many are harmless, but there are also those that can be deadly. If you get bitten by a spider, treat it seriously by getting immediate medical help.

The funnel-web is one of the most poisonous spiders. They are usually found in holes in trees in dense bushland, so they are rarely seen in suburbia. One of the largest spiders is the Huntsman. These spiders don’t build webs and their bite is not poisonous, but very painful.

Rodents in your home can be annoying, destructive and harmful. There are many species of rodents, some of the most common are mice and rats.

Mice are omnivorous and highly adaptable. They love cereals and seeds. They drink water but can survive without it by getting moisture from their foods.

Rats can breed fast when they have access to enough food, water and shelter. They tend to settle in homes all year-round as they are creatures of habit. They are most likely the creatures you can hear scurrying in roof voids or walls at night.

Their sources of food are fruits and vegetables, cereals and grains. Because their teeth are constantly growing, they have to control their growth by chewing on hard materials such as roof joists and walls. They will also gnaw on electric wires and cables, which can trigger fires.

Mosquitoes are carriers of various diseases such as Dengue Fever, Yellow Fever, Malaria and Ross River Fever, which makes them one of the deadliest pests on the planet.

Mosquitoes are plenty in the Gold Coast, thanks to its hot, humid climate. They have excellent adaptability and can thrive in any water environments such as canals and swamps as well around residential buildings where water has collected in pot plant saucers, birth baths, rainwater tanks, etc.

Only the female mosquitoes feed of blood because they need it to produce eggs. The males mostly feed on plant secretions.

Termite detection and eradication is a priority for Australian homeowners because research shows that about 1 in 3 homes are affected by termites each year.

Termite nests may be located as far as 100 metres away and can gain access through even the tiniest crevices at ground level. But termites often enter from underground and remain undetected until they have wrought significant damage to property.

In areas that belong to the high-risk zones for termite attacks such as Alberton, homeowners are highly advised to install termite barriers and sign up for termite inspection at least once a year.

If you are building a new home, renovating or buying a home in Alberton, you will need to consider what termite prevention solutions are available. Our company offers all types of solutions including physical and chemical barriers as well as reticulation systems. You can reach us on

According to the Interim Termite Hazard Map by CSIRO, the Gold Coast area, where Alberton is located, is in the high-risk category for termite infestation.

Because Alberton is close to the sea, the area is a good target by drywood termites, which need high moisture content in the timber they attack.

The West Indian drywood termite, is the world’s most destructive drywood termite. It is the culprit to massive economic damage to timber houses in Queensland, including properties in Alberton.

Bob Gunn not only specialises in termite control, but also designs effective solutions based on your needs and budget! Click here to learn more about our termite control and management services in Alberton.

Most Common Pests in Alberton 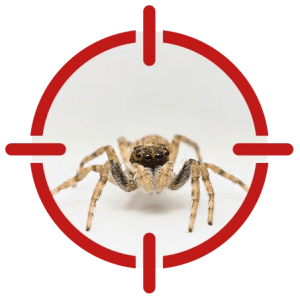